Nate was one of the original members of the MicroHAMS. Licensed since the mid-1960s when he was a teenager in northern California, Nate loved working DX, playing with the digital modes, and chasing countries on the amateur satellites. He was a life member of the ARRL, and a DXCC holder. Prior to obtaining N7OS (“Operating System”) in 1997, Nate had been WB6OIP for many years.

In 1987, Nate was working as a product support engineer at Forethought, the developer of PowerPoint, when Microsoft bought the company. He was offered a position in Redmond, and in December he packed up the rigs (and house) and moved north with his wife and 2 children. Nate held several different technical and management positions in Product Support Services.

I met Nate back in the late 1980s, after he ran an ad in the Micronews to say that a new “hams” alias had been created on the company email system. Along with several other Microsoft hams, we had lunch almost weekly throughout the 1990s, swapping “stories” and challenging each other to such crazy goals as being the first of the “dweeb lunch” gang to obtain DXCC on 80 meters.

Nate shared his ham radio passion with his R/C aircraft hobby. His pride and joy was a 1/4-scale model of an Extra 300, a high-performance aerobatic aircraft. Another friend of mine owns a “real” Extra 300 and I encouraged Nate to go for a flight with him to see what aerobatic flying really felt like, but Nate preferred to stay on the ground (I can’t blame him). I clearly remember his reply to the flying invitation, in his distinctive, booming voice: “Hell no!” I really miss my old friend.

MicroHAMS is deeply grateful to Nate’s wife Voncile, for encouraging us to obtain N7OS for the club callsign. 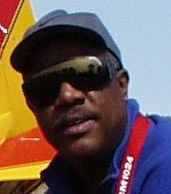 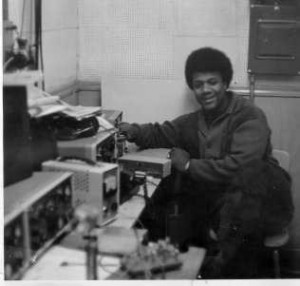